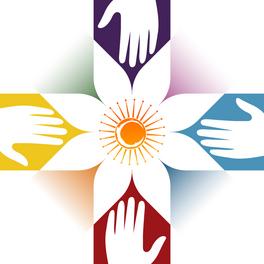 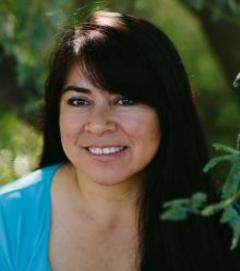 Dr. Yolanda Rodriguez was born and raised in the Arizona Desert.  As a Queen Creek Native, she learned from an early age how medicinal plants from the desert are used and when they are the most effective.  She is able to pull from her rich heritage techniques passed down through many generations.  She combines this with modern scientific medical training to provide rich and unique healing therapies designed for each individual. Her ability to understand the need to find the delicate balance between home, career, family and self helps in deciding a path towards greater health.  Using an eclectic blend of therapies that includes but is not limited to Custom Herbal Formulations, Acupuncture, Diet and Nutrition, Homeopathy, Therapeutic Injections, Trigger point injections, Nutritional IV's as well as non-invasive healing techniques such as Energetic and Vibrational Medicine, Dr. Rodriguez can help.

After obtaining a Bachelor of Science in Psychology from Arizona State University, Dr. Rodriguez went on to obtain her medical degree at the Southwest College of Naturopathic Medicine, a 4 year graduate medical school located in Tempe, AZ.  She continued her education as a resident working in a pain management facility to sharpen her skills working with people with chronic back and neck pain, headaches, migraines, chronic fatigue syndrome and fibromyalgia syndrome.  Dr. Rodriguez holds an Associates of Applied Science in Sign Language Interpreting which helps her to understand non-verbal communication and the "unsaid" story behind a person's health condition. Knowing the greatest education is the journey to knowing oneself, she constantly challenges herself to learn more about herself and the ways of the world.

Dr. Rodriguez spent one year as the interim director of the Mind/Body Program at the Naturopathic medical school in Tempe, followed by one year in Puerto Rico as the Clinical Director for the Naturopathic Medical Program in Gurabo, PR. In her role as professor/director, she taught future naturopathic physicians the importance of using compassion and rigorous scientific methods for working with patients. Teaching at the Southwest College of Naturopathic Medicine and Health Sciences helped to fulfill the aspect of "Doctor as Teacher" by honoring her mentors in passing on to the next generation of doctors the sacred knowledge given to her. Currently, a professor at Arizona State University teaching a course that challenges students on a personal and academic level has earned her a nomination as the Early Teaching Professor of the Year for two years in a row. She is also a graduate school advisor and chairs committees for students seeking their Master's or Doctoral certification.

Current research includes work in the thanatology field and PTSD expression and treatment for both combat and non-combat related PTSD in veterans. This would include military sexual trauma and other life-threatening situations often encountered in military service.

Dr. Rodriguez has spent countless hours learning Energetic and Vibrational medicine including continuing education in homeopathy and with the Bach Flower Institute.  She has been under the tutelage of a traditional healer since 1996 learning healing techniques that are not found in the typical medical setting.  As a guardian of the desert, Dr. Rodriguez studies the medicinal plants of the Southwest with some of the best herbalists in the area, sharing her knowledge with others who have the same affinity.  Her uncanny ability to understand her patients on a heart to heart level, combined with her scientific training is the key to her success.

Very much a scientist, Dr. Rodriguez enjoys engaging the science that has taken the mysteriousness of traditional medicine to a realm where both forms of medicine co-exists.

Dr. Rodriguez has been voted the Best of Greater Phoenix Naturopathic Doctor for the years 2009, 2010, 2011 and a nominee in 2012. She has been awarded Best in Trade Naturopathic Doctor in 2010 and Best Naturopathic Doctor in Gilbert in 2010.  She also holds several awards from the United States Marine Corps achieving the rank of Gunnery Sergeant with a service record that spans from the Cold War to OIF/OEF including deployments. Most recent awards include Maricopa Chamber of Commerce Small Business of the Year Nominee 2019, Sonny Dunn Citizen of the Year Nomination from the Maricopa Chamber of Commerce 2020, Acronis SCS Outstanding Woman Veteran of the Year 2019, Bad Ass Women of ASU 2020 and other nominations and awards for her dedication to community, country, alma mater and patients.